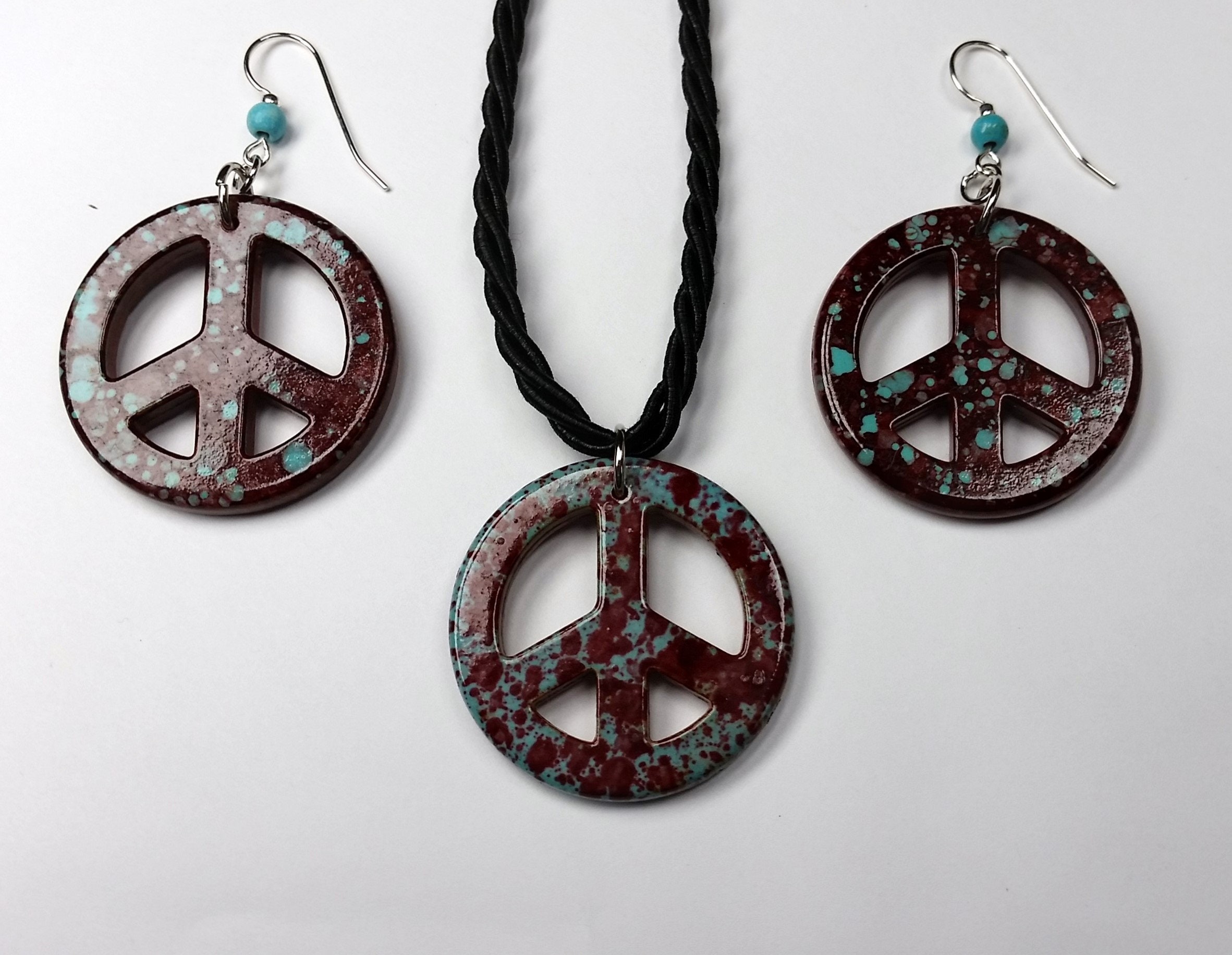 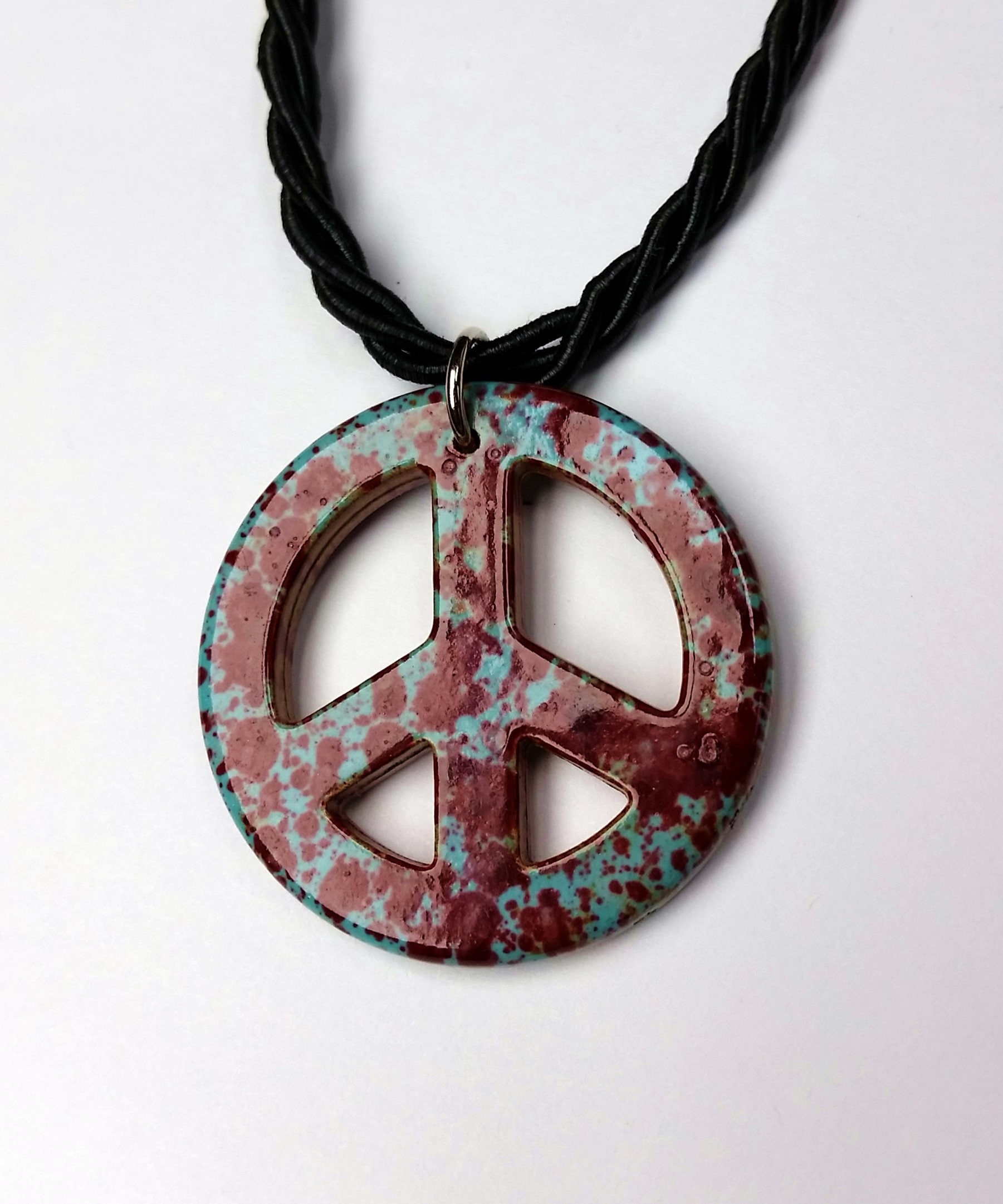 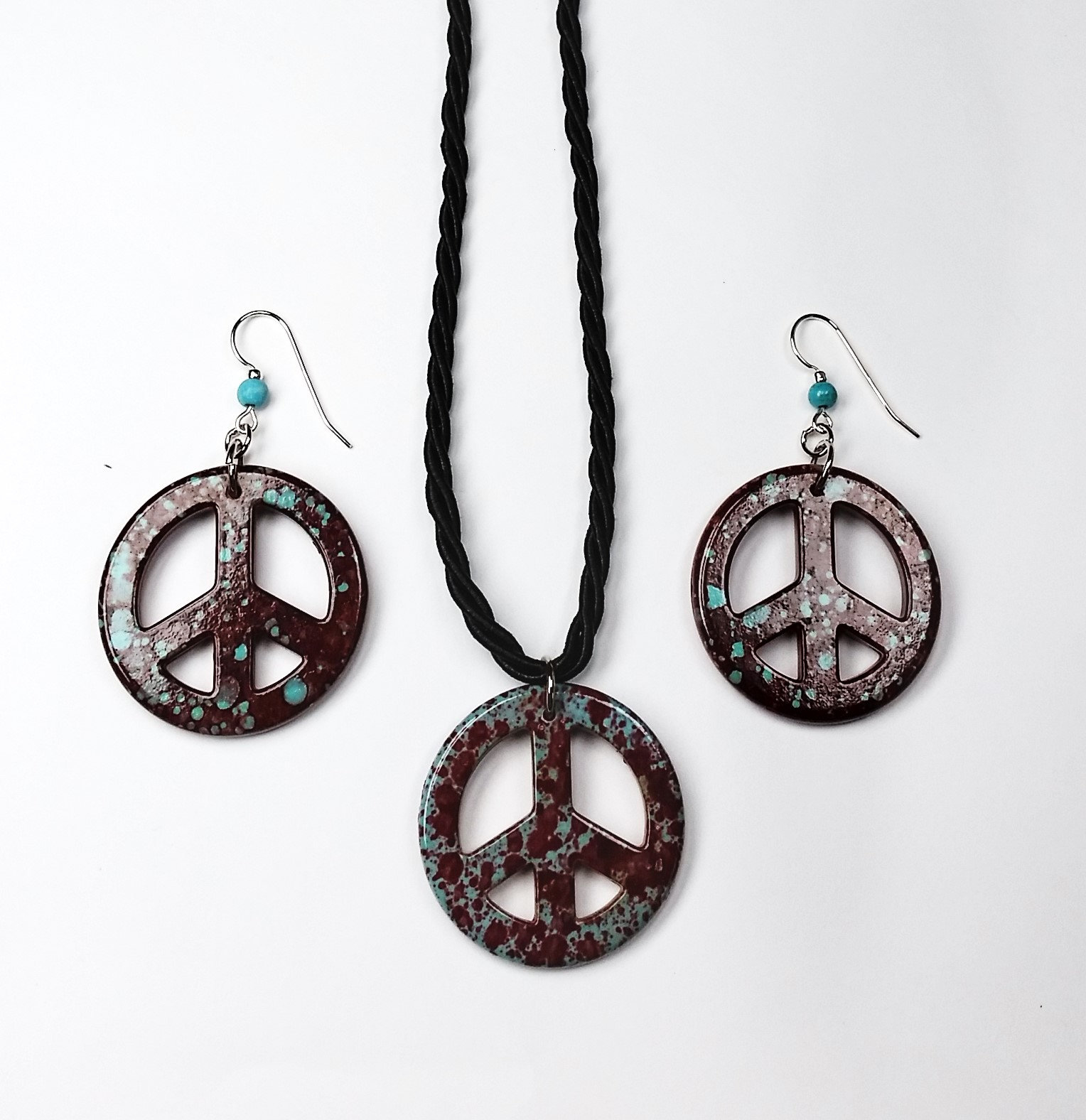 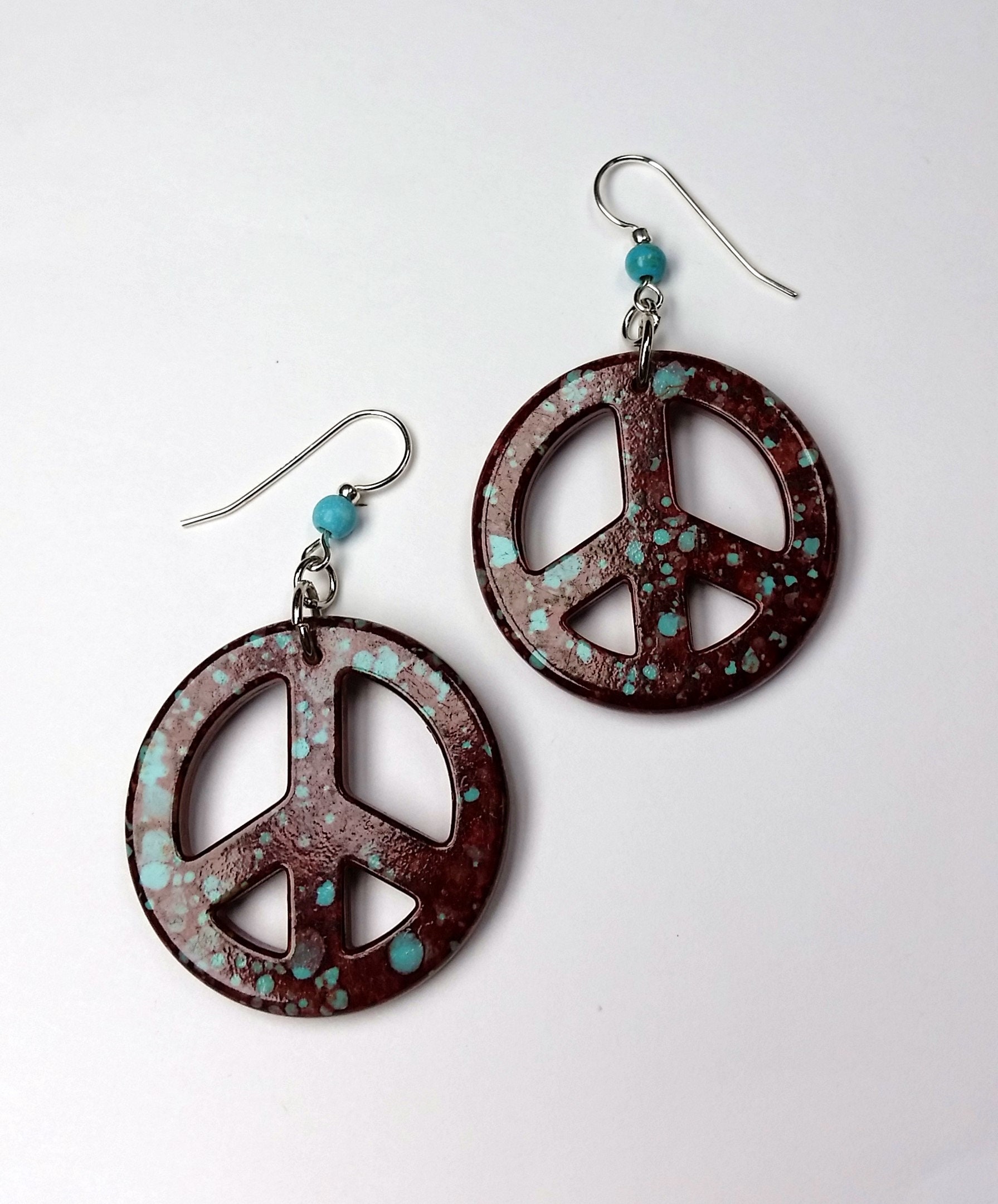 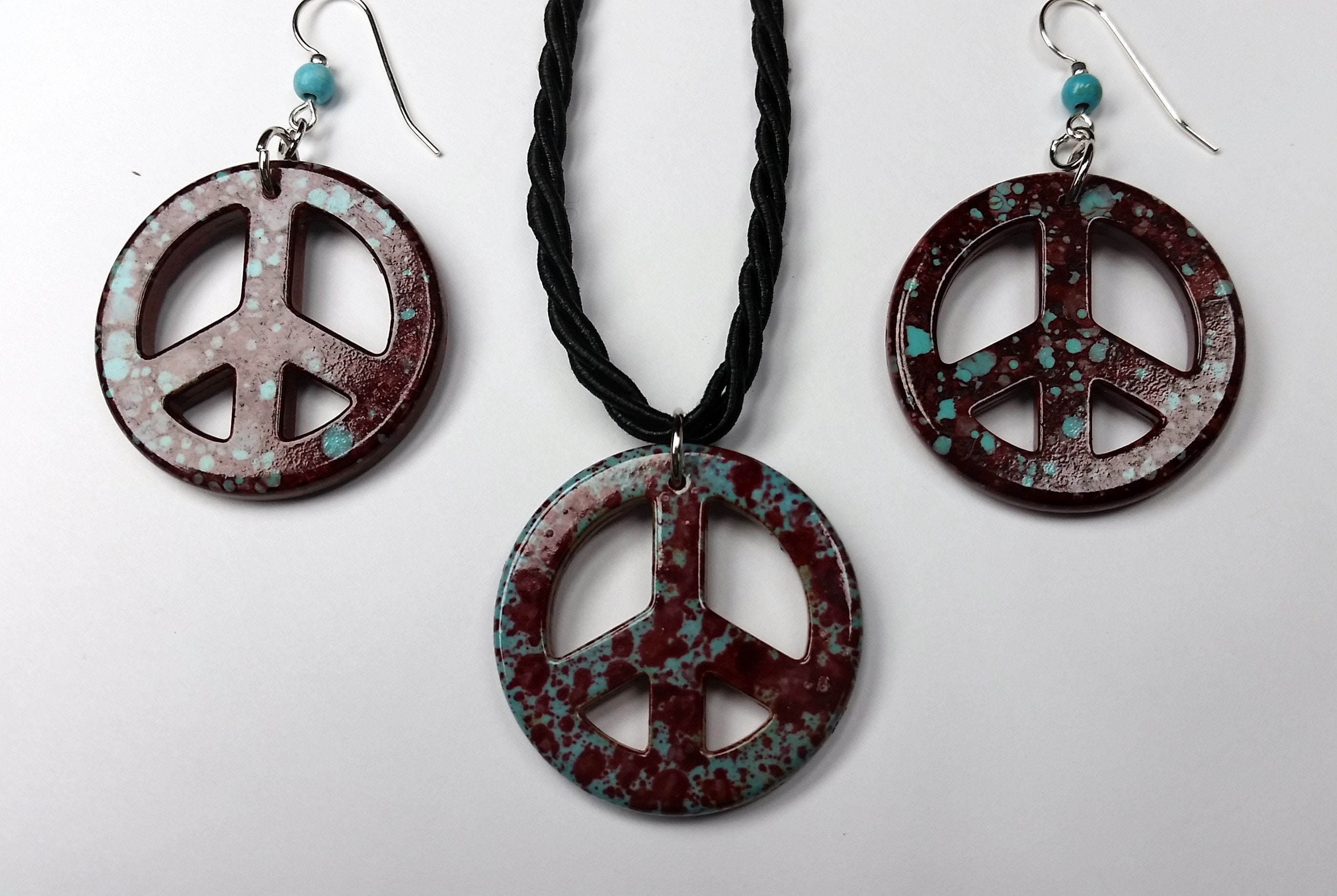 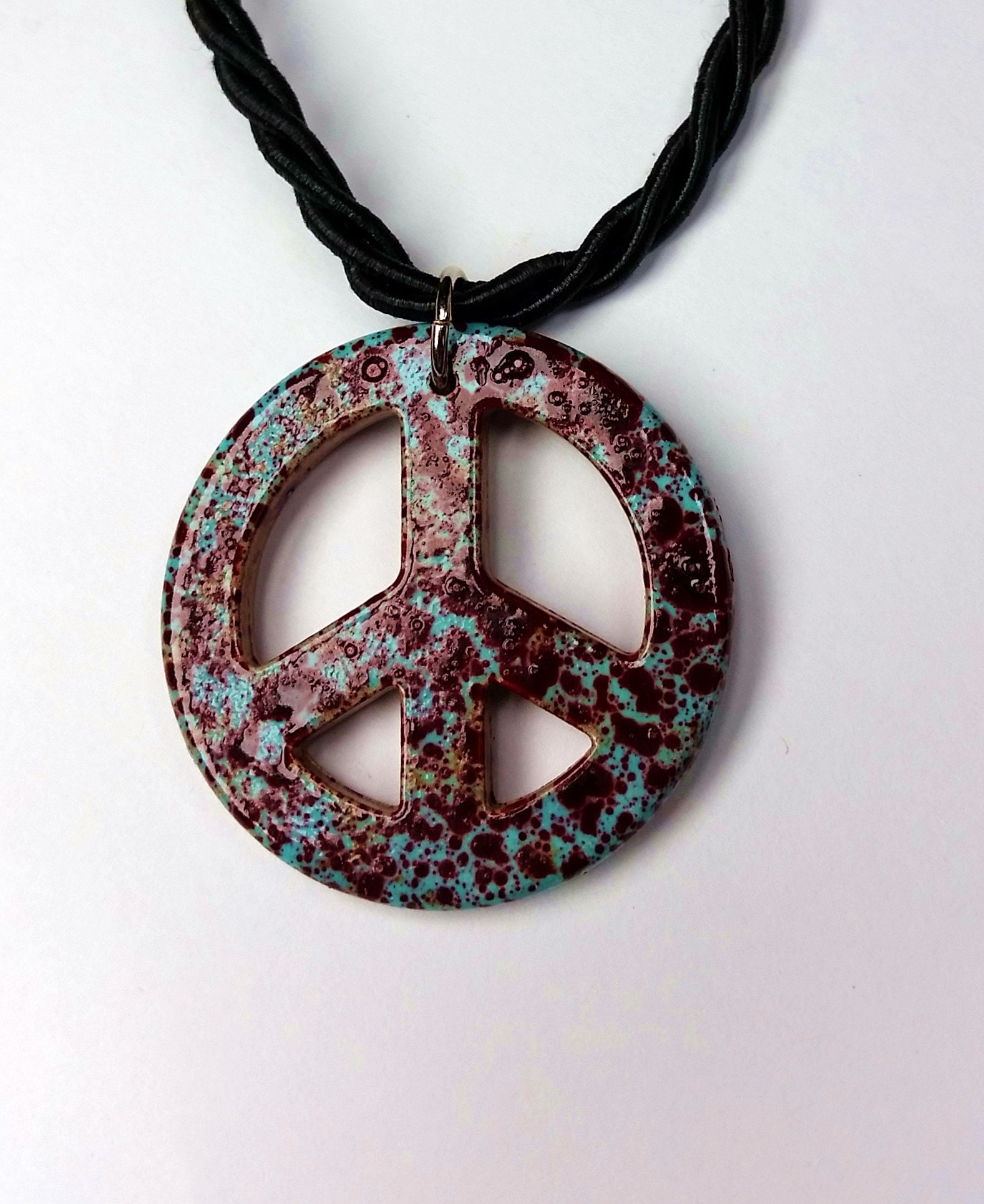 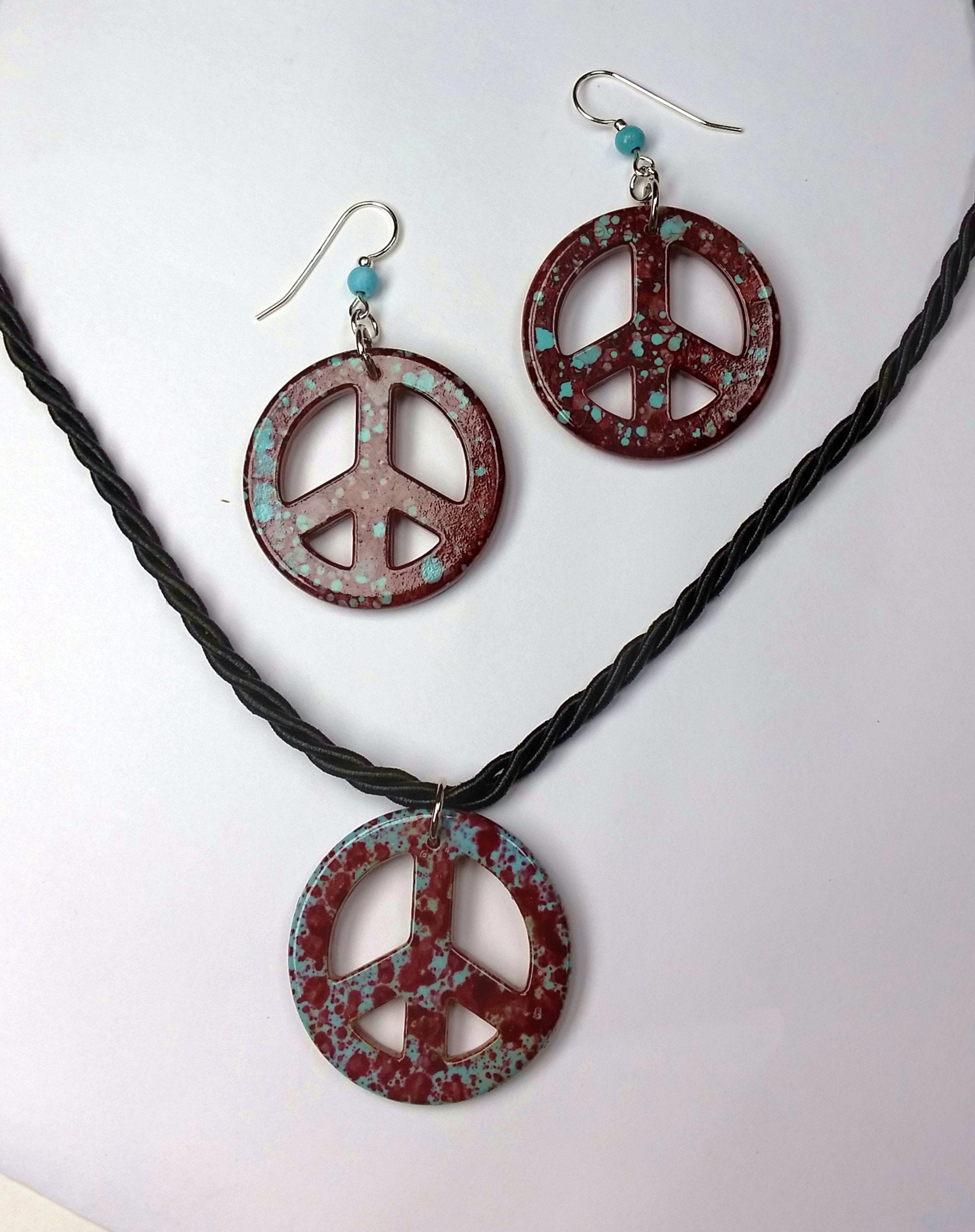 A vintage flash from the past, let's go back to the '60's with this burgundy/maroon colored peace symbol with turquoise splashes. Both the pendant on this simple black twisted fabric necklace "chain" and the earrings are the same size and they are light in weight.

The necklace is 19 inches long from which you can add an additional 2.3 inches with an extender chain to 21.3 inches. It has a lobster style clasp. The earrings dangle from sterling silver French ear wires with a turquoise bead.

I am not 100% certain of the material from which these peace symbols are made, but from the lack of weight, I am guessing they are made from either a polymer or possibly from lacquer on wood.

Per the Encyclopedia Britannica, the Peace symbol was designed in 1958 by British artist Gerald Holtom for the Campaign for Nuclear Disarmament (CND): "The vertical line in the center represents the flag semaphore signal for the letter D, and the downward lines on either side represent the semaphore signal for the letter N. “N” and “D”, for nuclear disarmament, enclosed in a circle. Holtom also described the symbol as representing despair, with the central lines forming a human with its hands questioning at its sides against the backdrop of a white Earth. It is said that Holtom originally considered using a Christian cross but disliked its association with the Crusades and ultimately chose something he considered to be more universal."