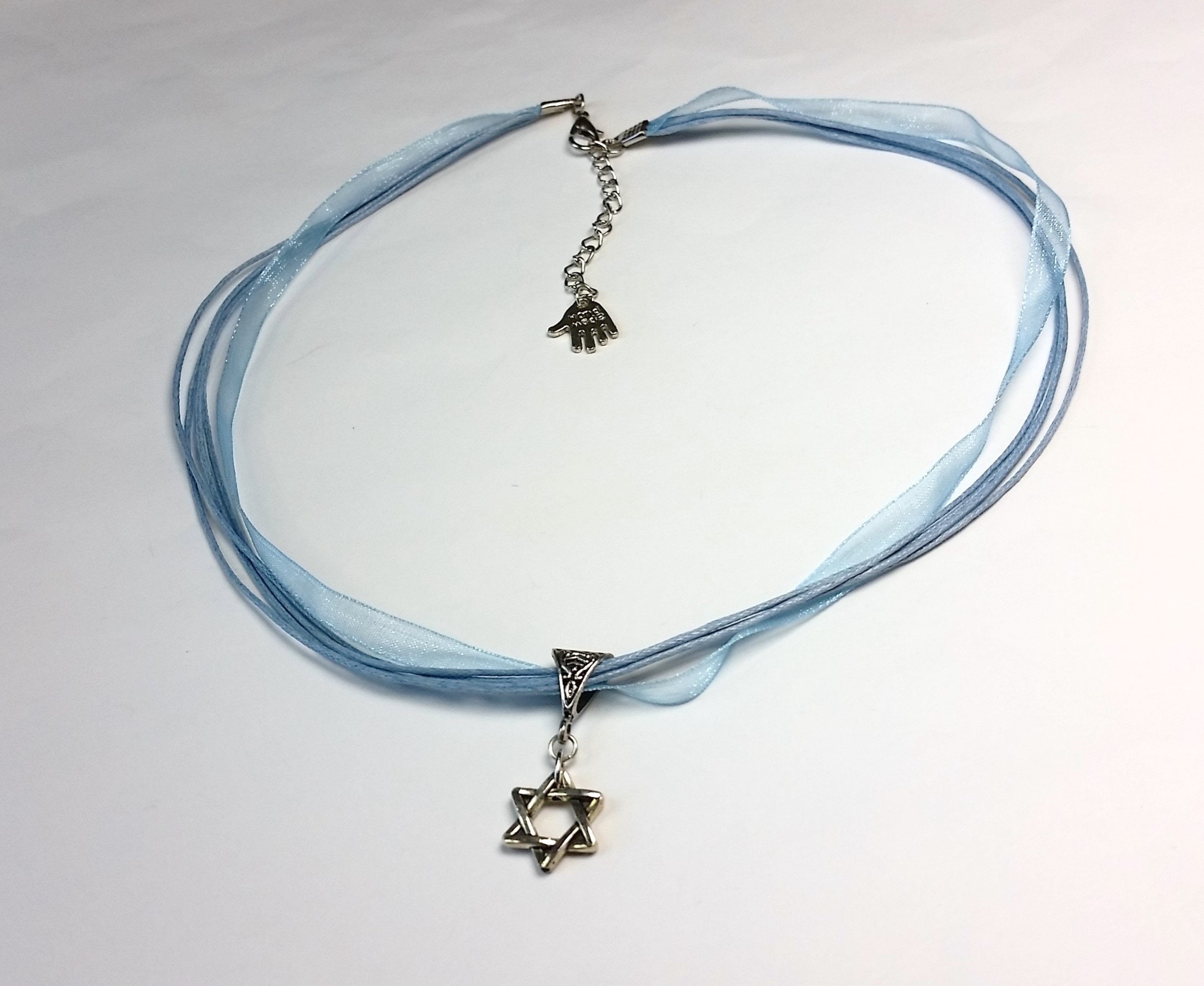 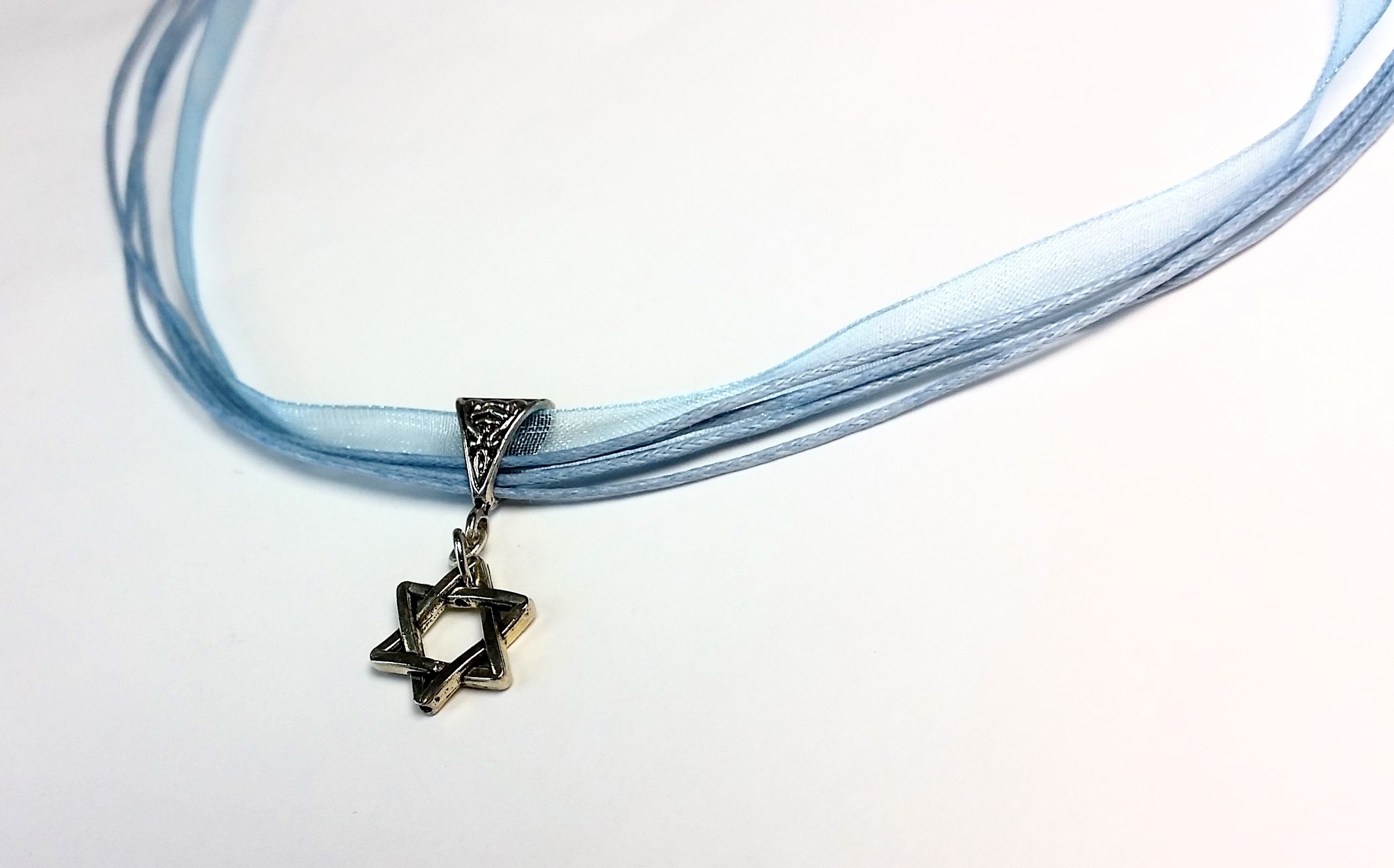 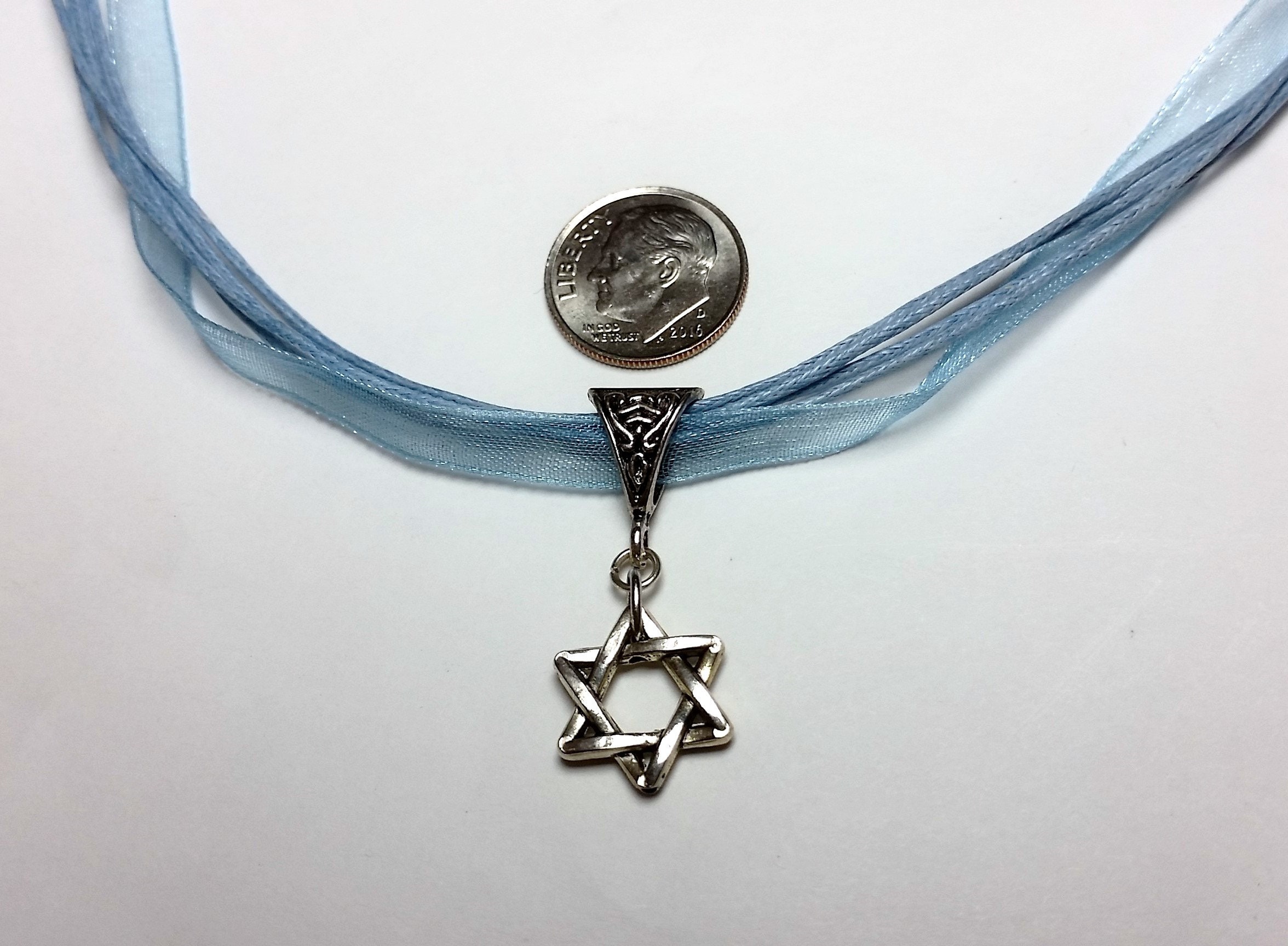 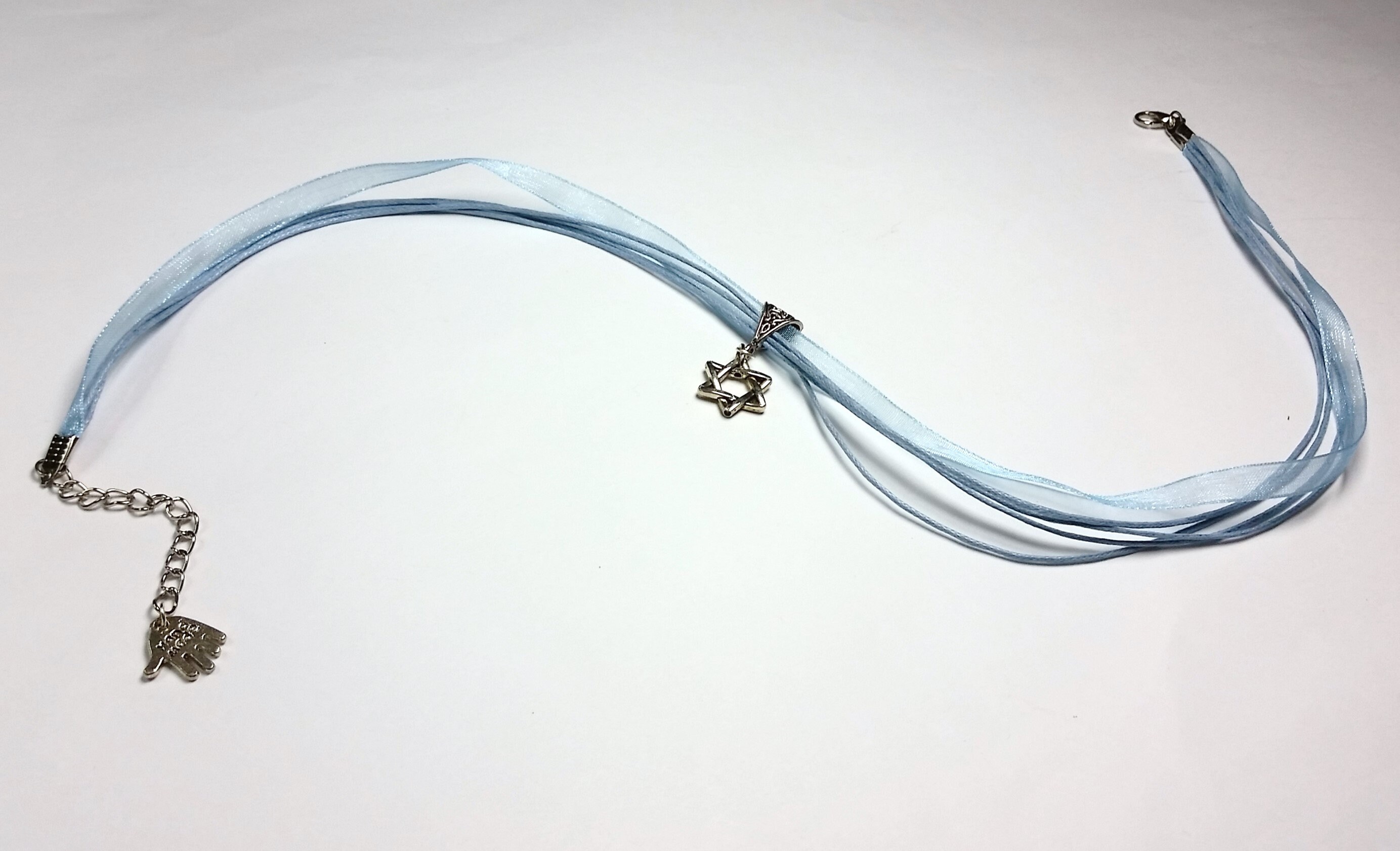 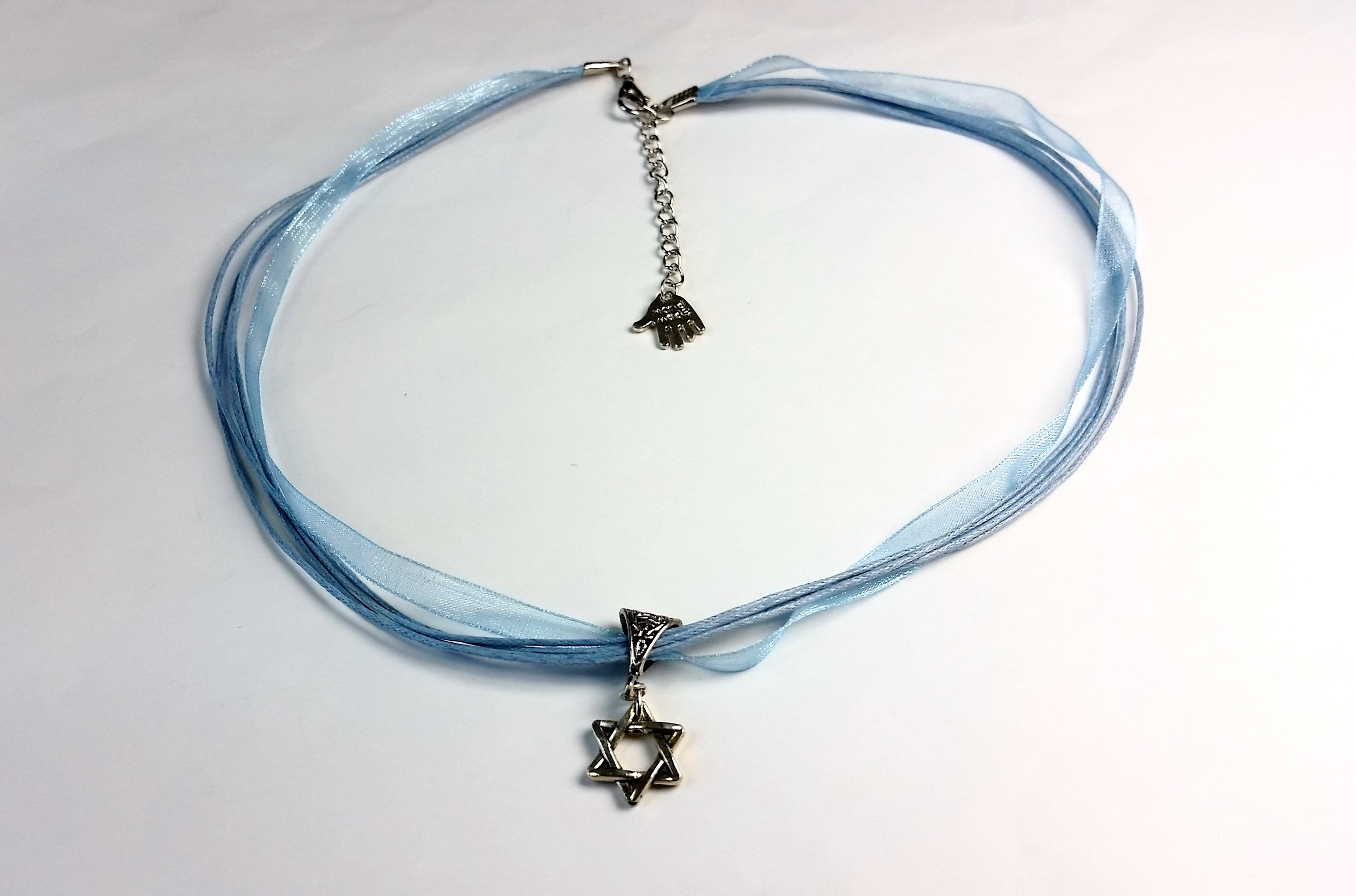 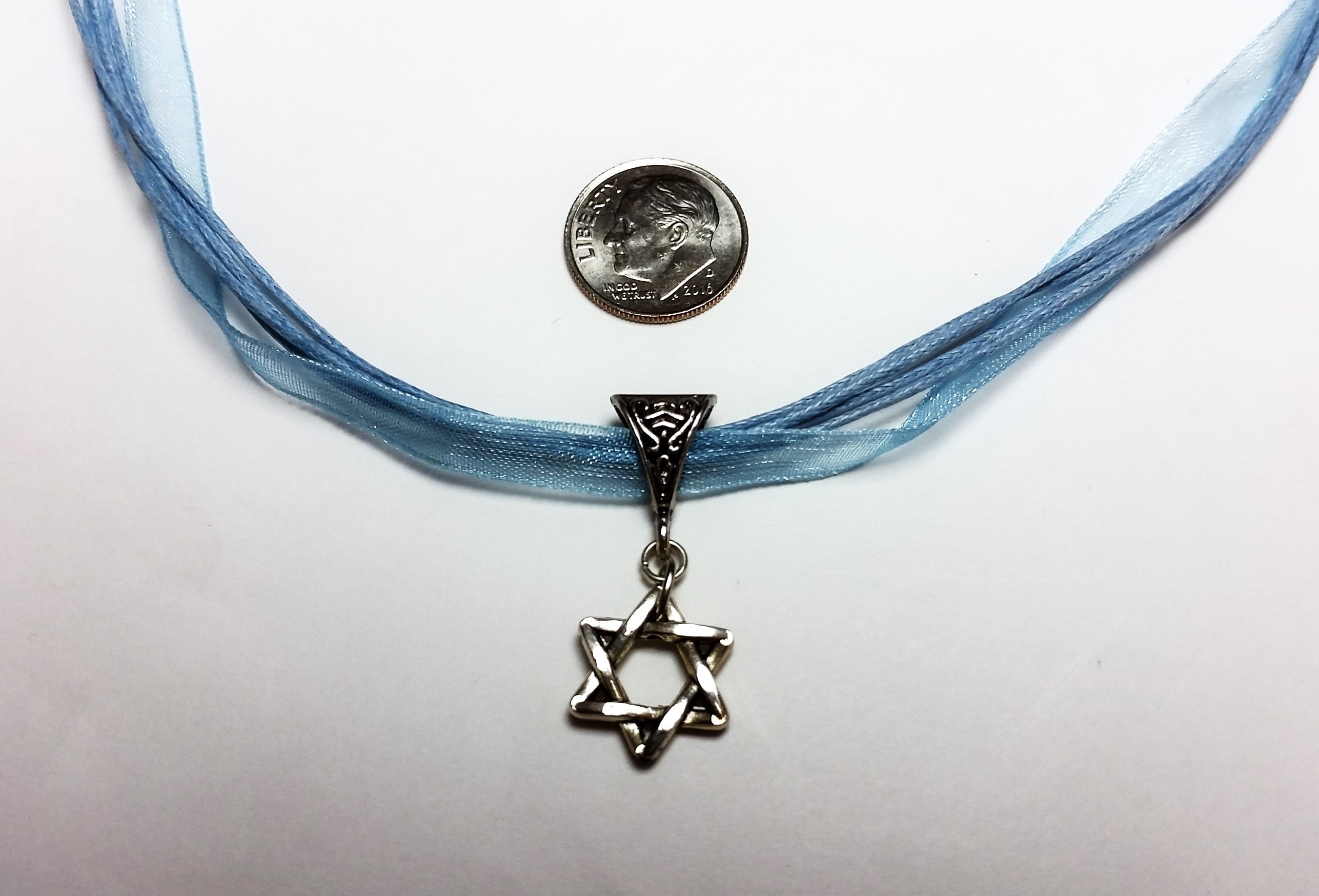 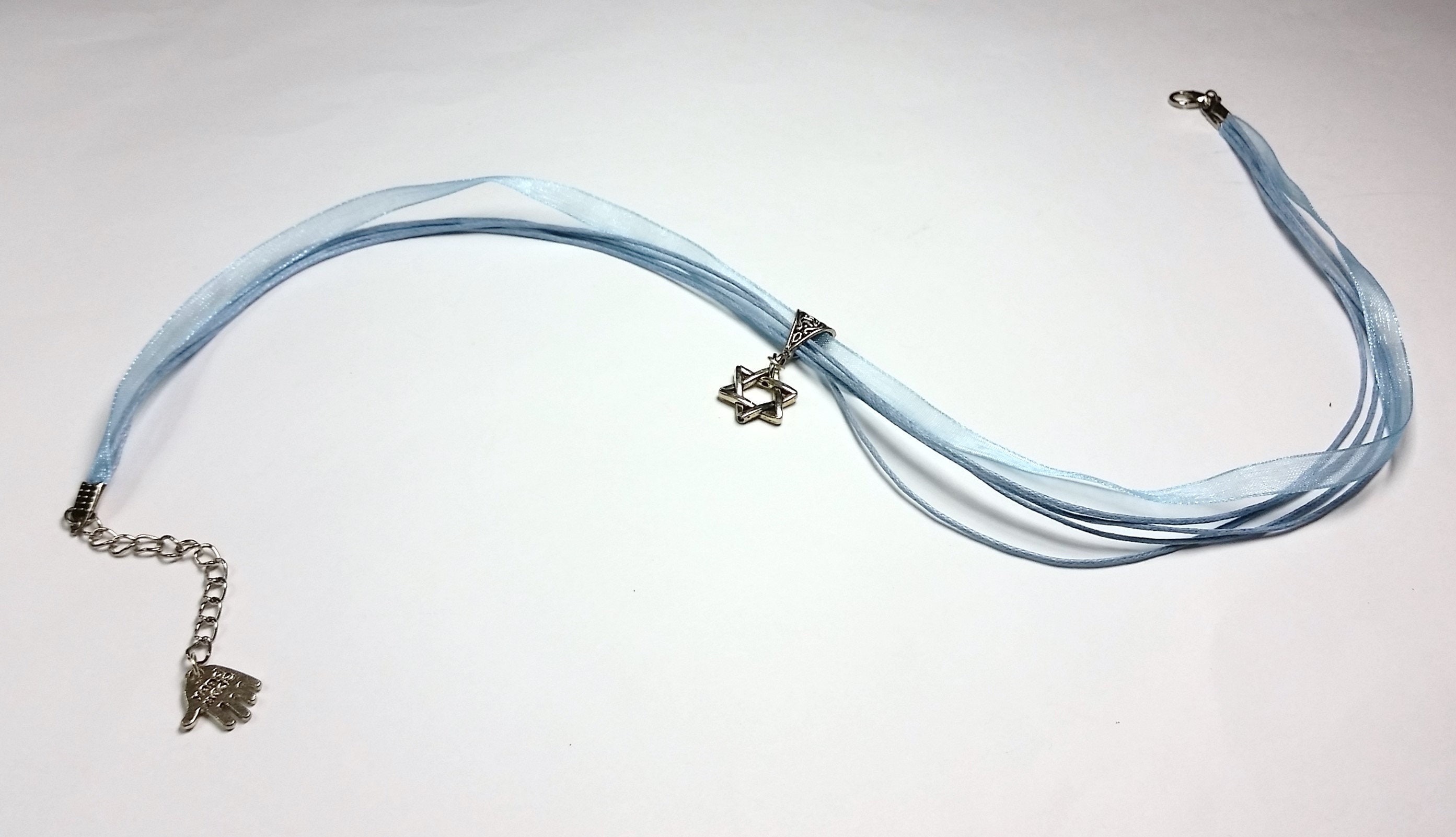 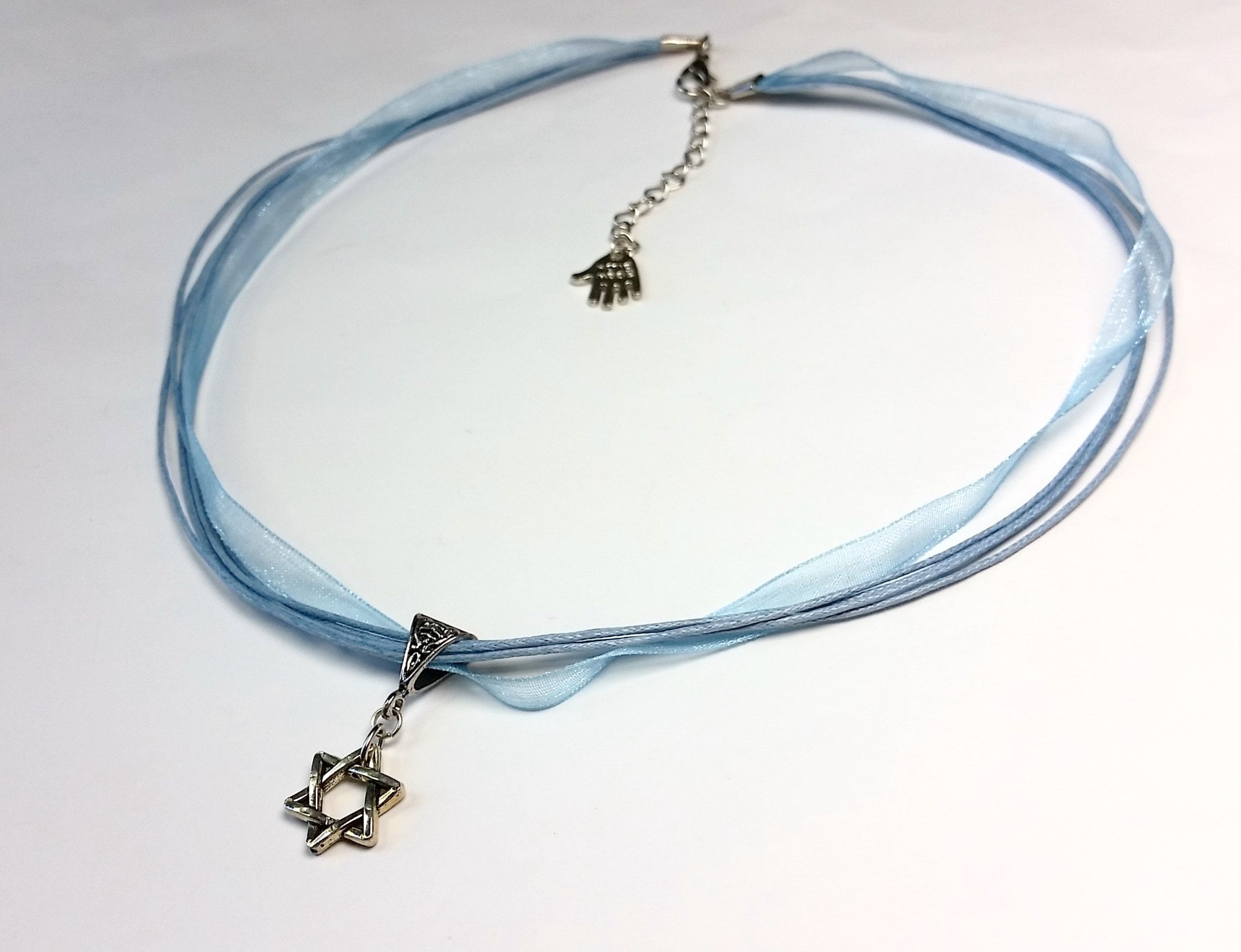 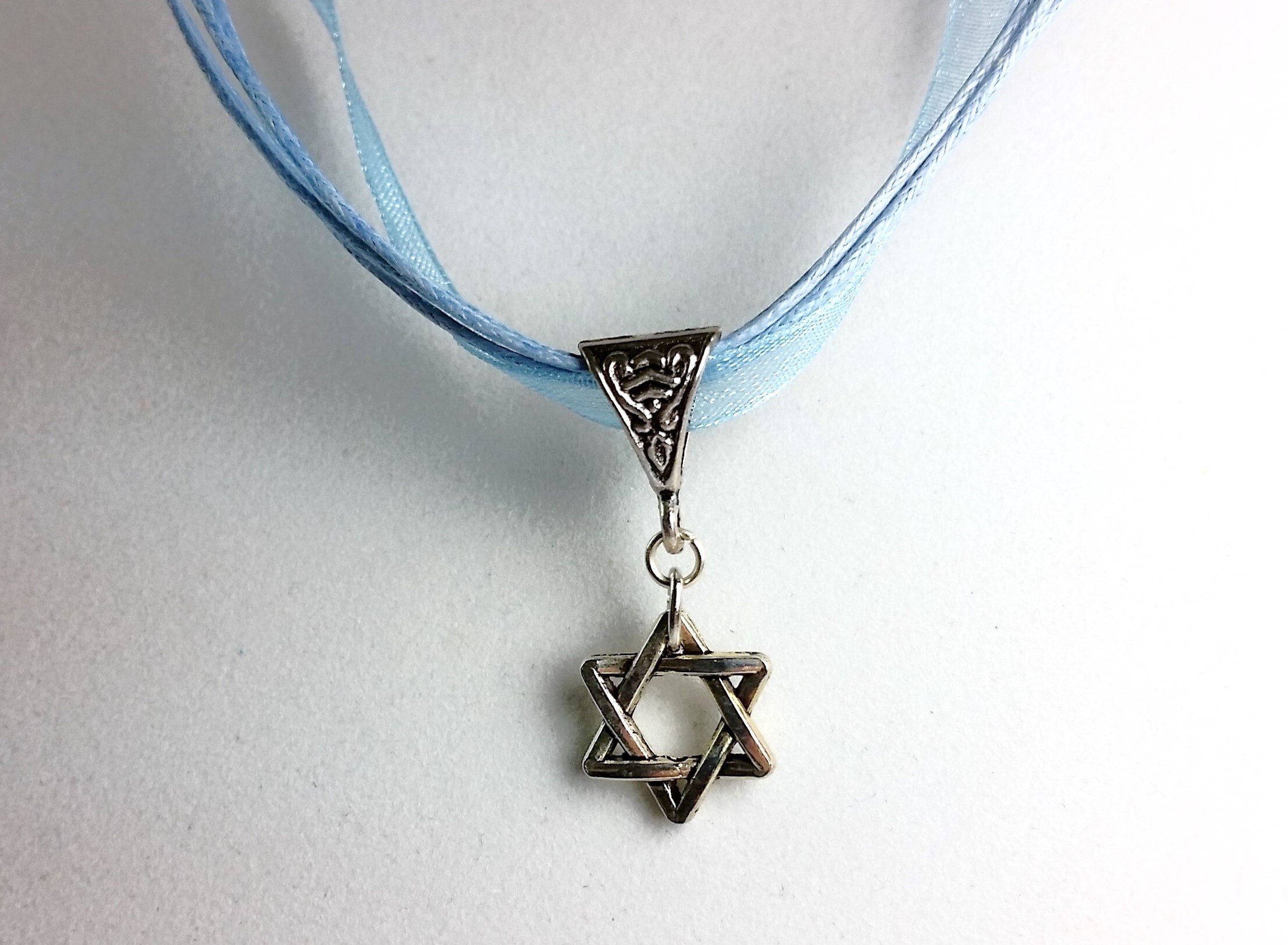 This 0.5 by 0.5 inch Star of David is attached to a decorative silvery bail that is strung onto a sky blue four strand ribbon necklace. The necklace has an extender chain so that the length varies from 17.5 to 19 inches. The lobster clasp can be attached anywhere on the silvery extender chain. At the very end of the extender chain is a tiny hand charm that has "hand made" etched on both sides.

Here is some history of the Star of David:
The hexagram is a six-pointed star that consists of two interlaced equilateral triangles. Today it is used as a Jewish and Israeli symbol. However there is a rich history for this symbol including its use in the occult. It has been historically used in both religious and cultural contexts, and as both a decorative motif and as a talisman. The symbol was used as a decorative motif many centuries before its first known use in a Jewish synagogue, per Wikipedia.