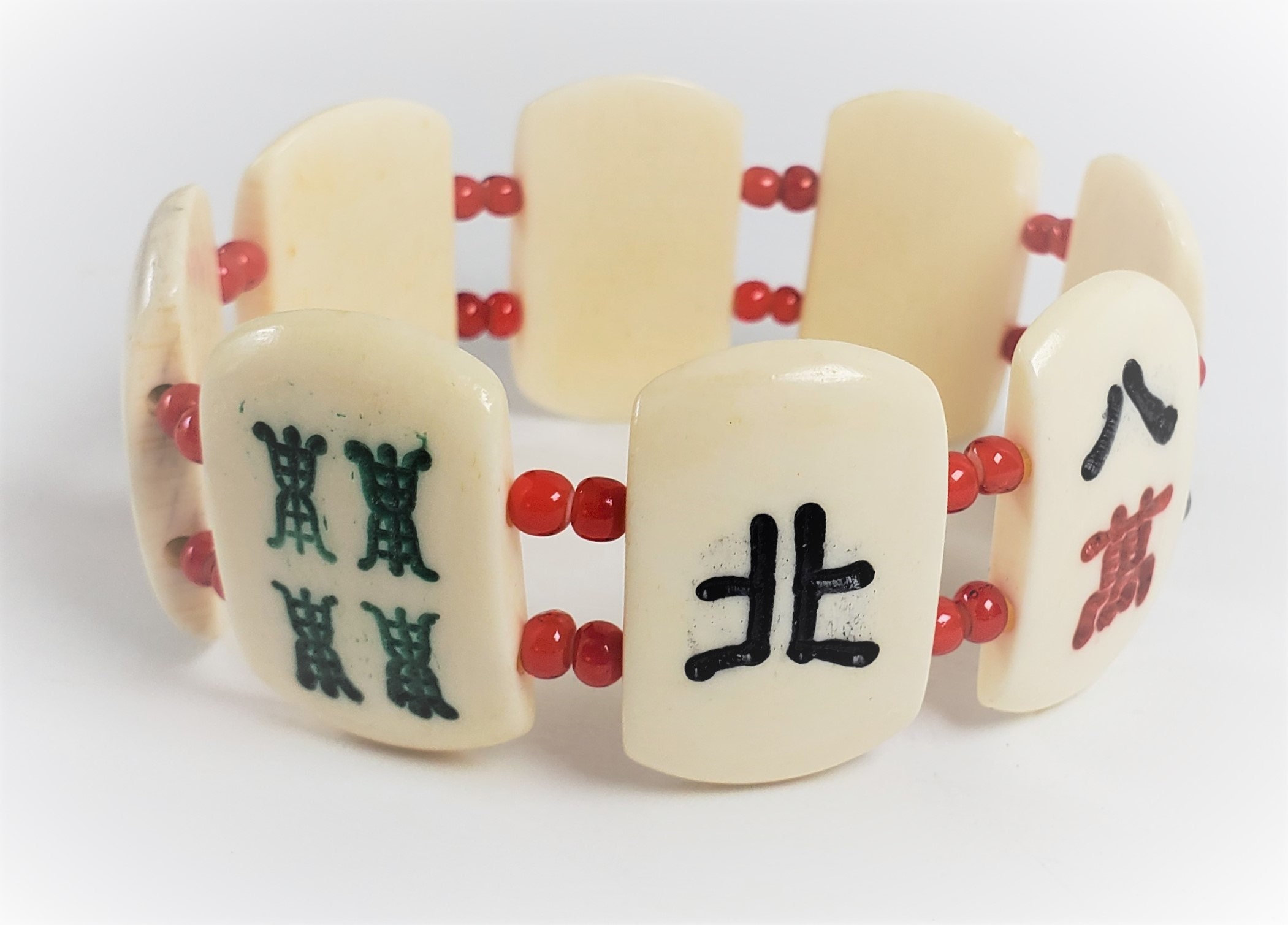 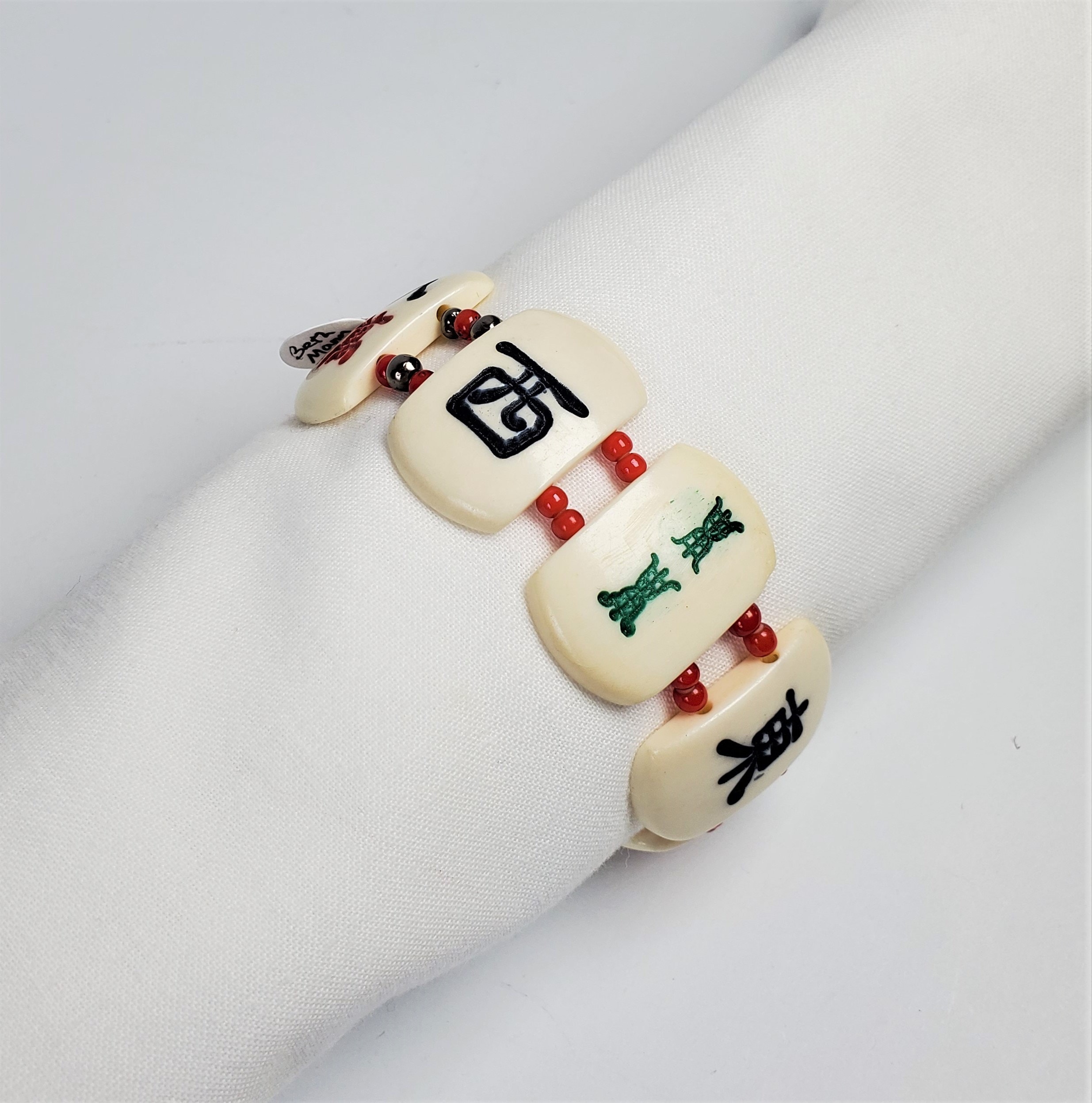 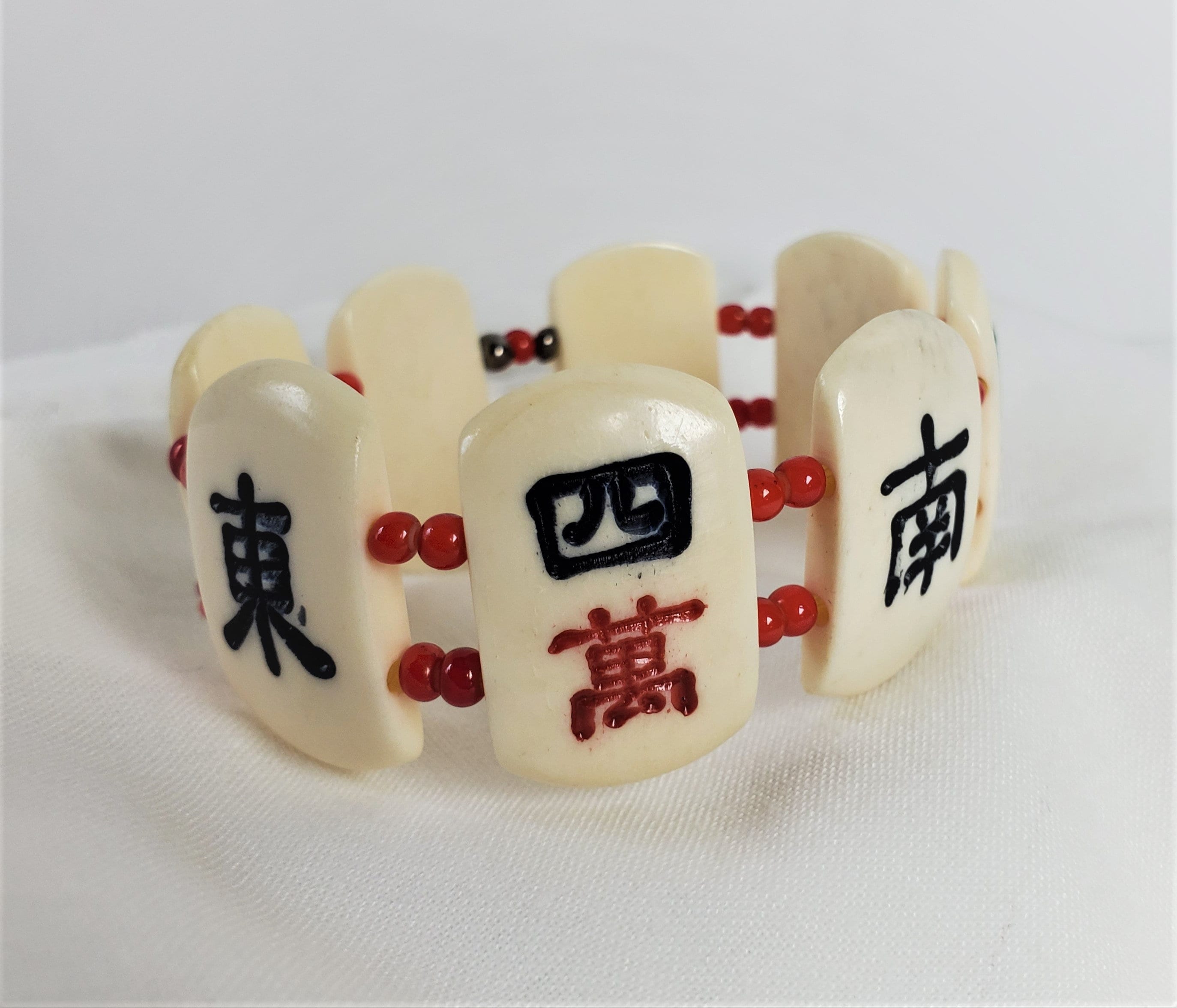 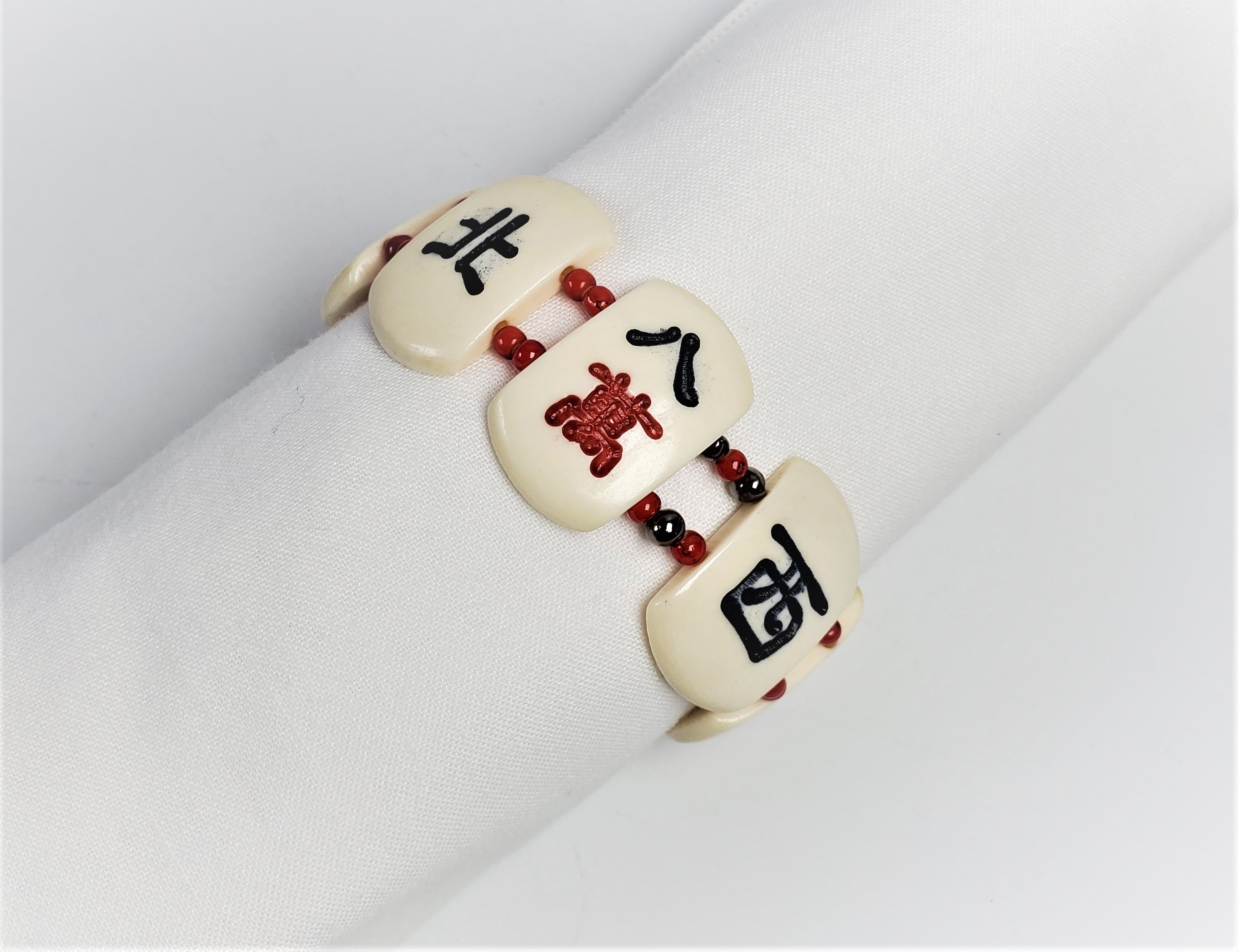 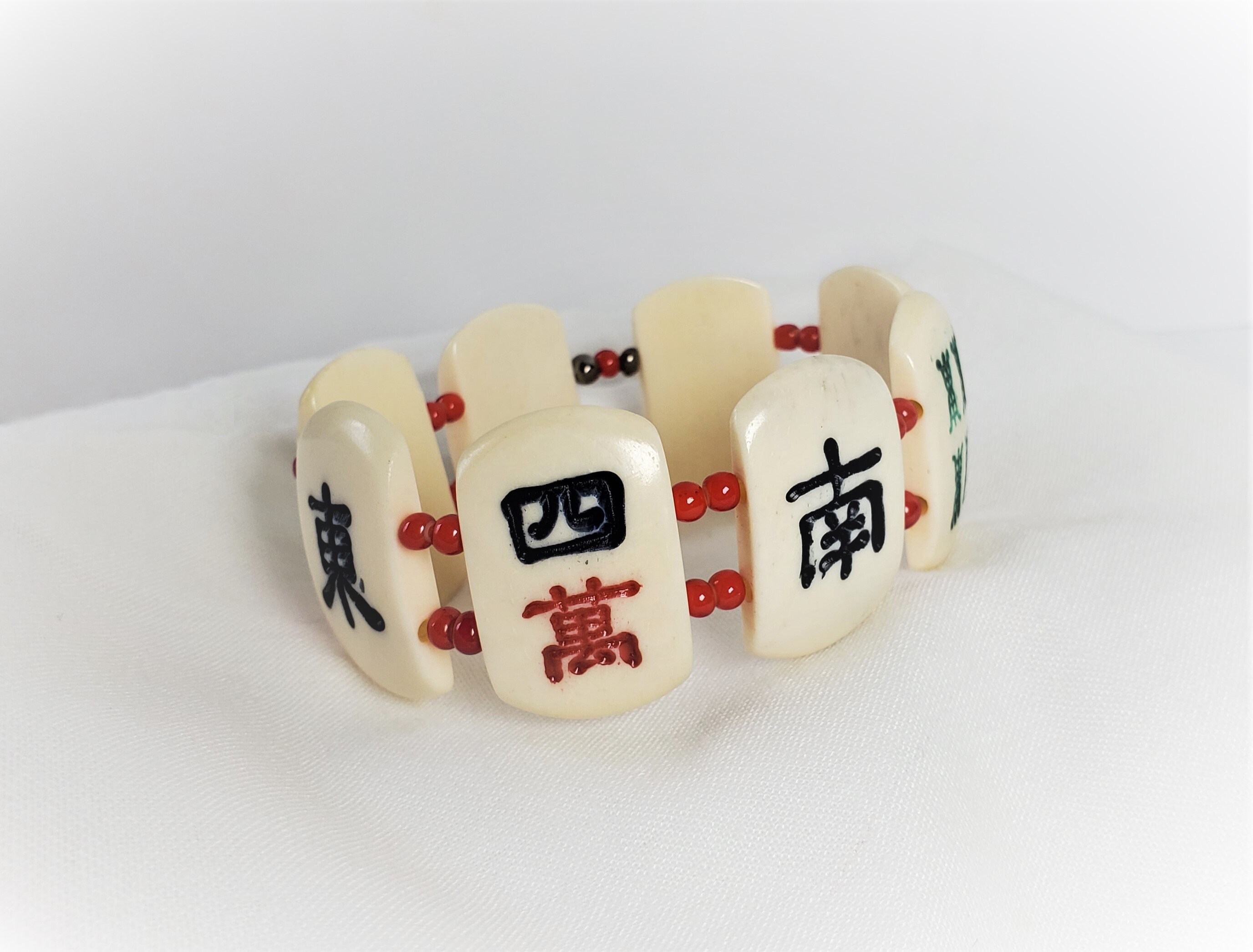 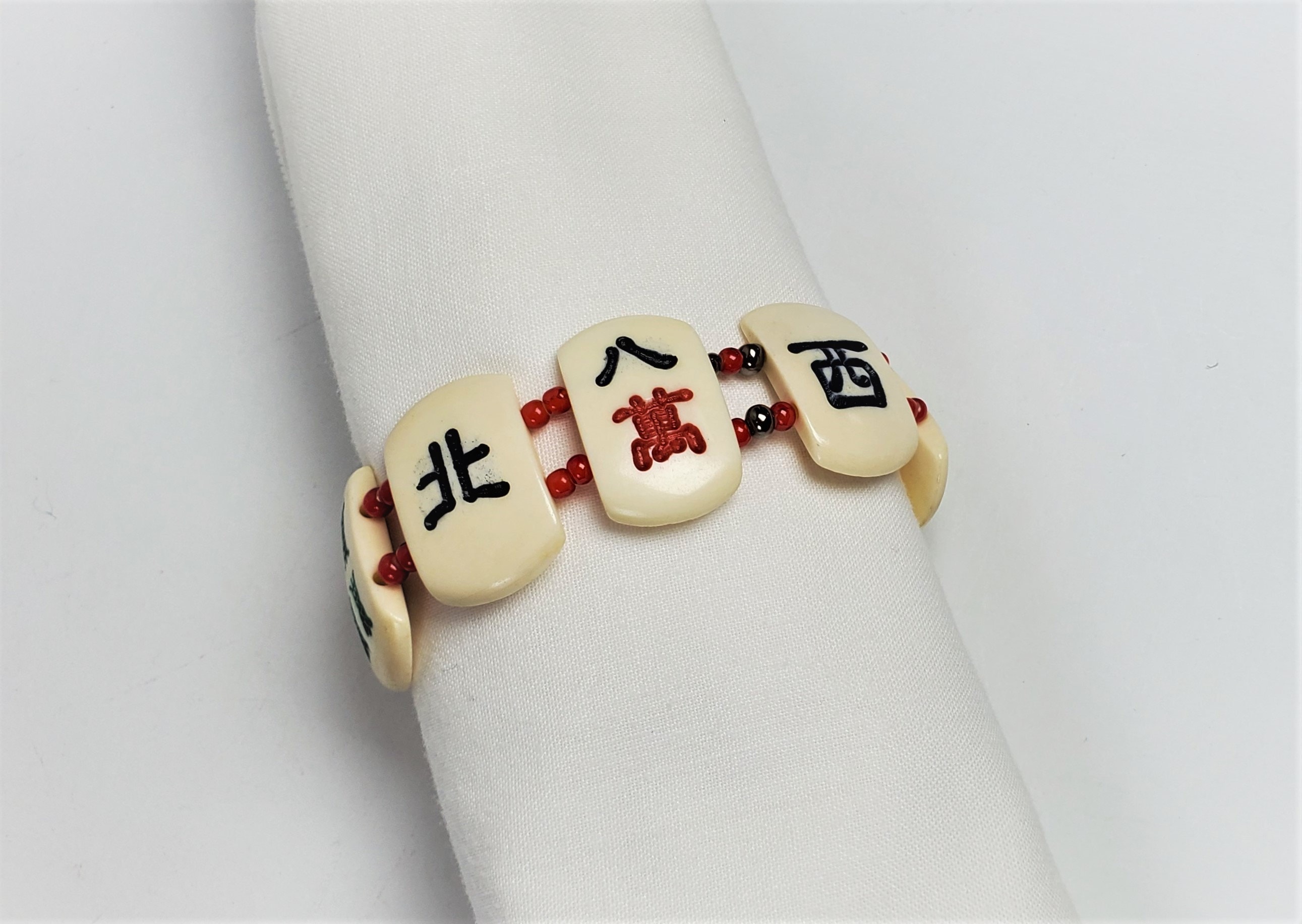 This fun bracelet has Chinese characters that are on Mahjong Tiles. The characters are etched into the bone tiles and colored in black, red and green. These tiles are rounded edged rectangles (1.1 x 0.7) with a domed front and flat back. Separating each of the tiles are two sets of 2 red glass beads. The bracelet stretches and It is approx. 16 cm or 6.33 inches around. So it will fit average sized wrists, 5.75 - 6.25 inches around, adjustable length.

Per Wikipedia, the game of Mahjong has many international versions. It began in China during the Qing dynasty and has spread throughout the world since the early 20th century. It is commonly played by four players. It is a game of skill with some chance/luck as well, like in playing cards you sometimes start out with a "winning hand" but it is how you play it that counts!