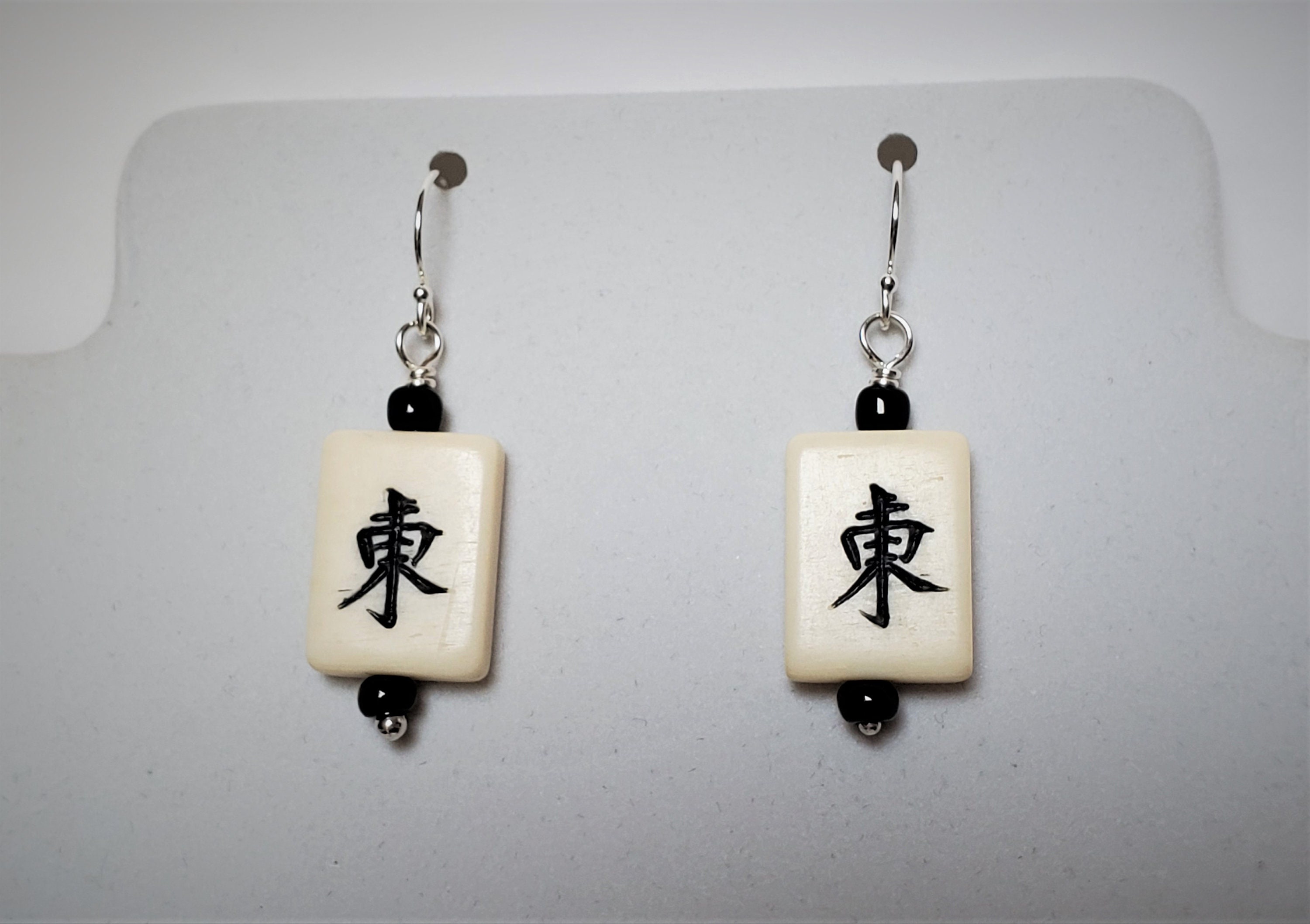 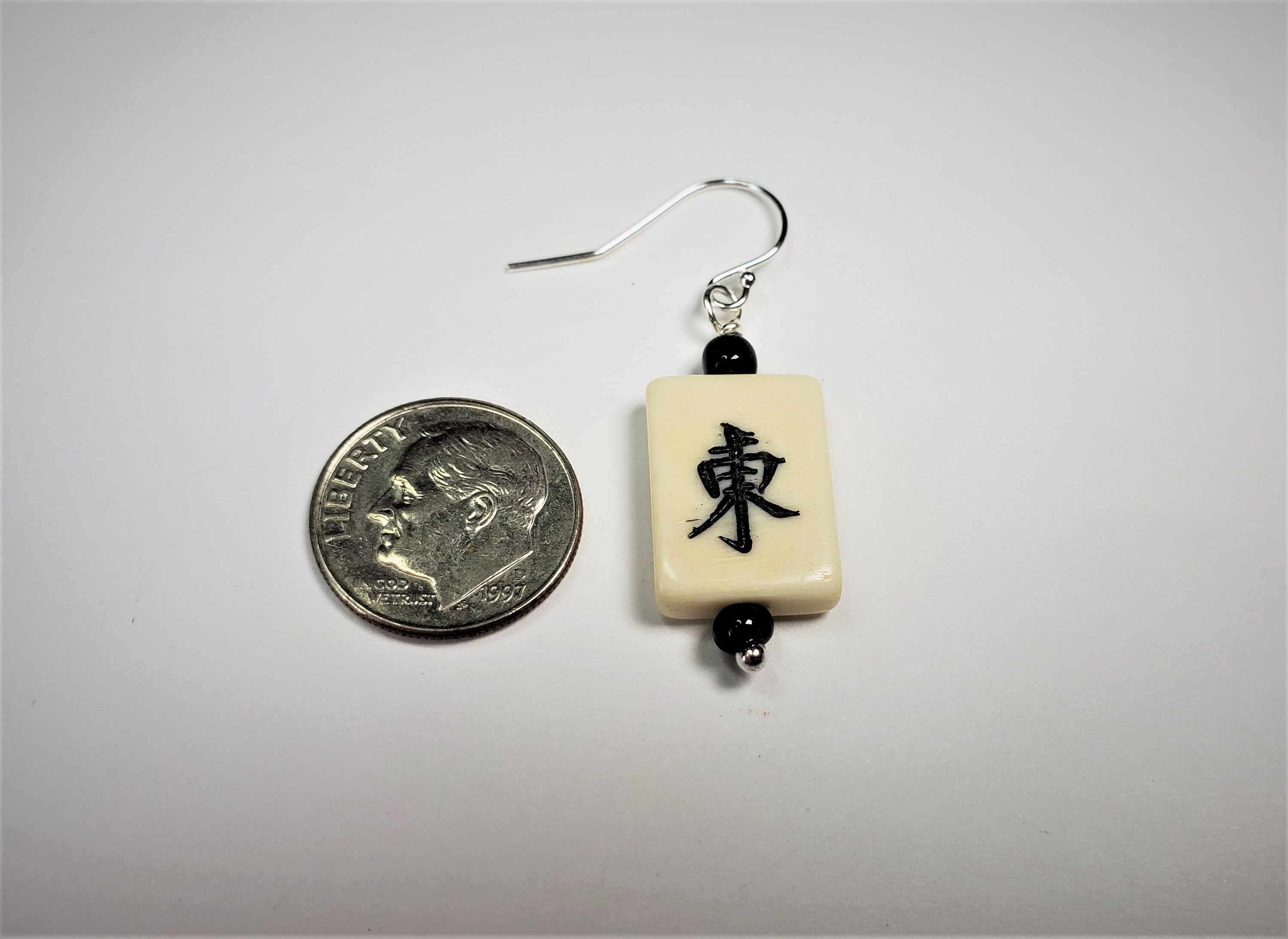 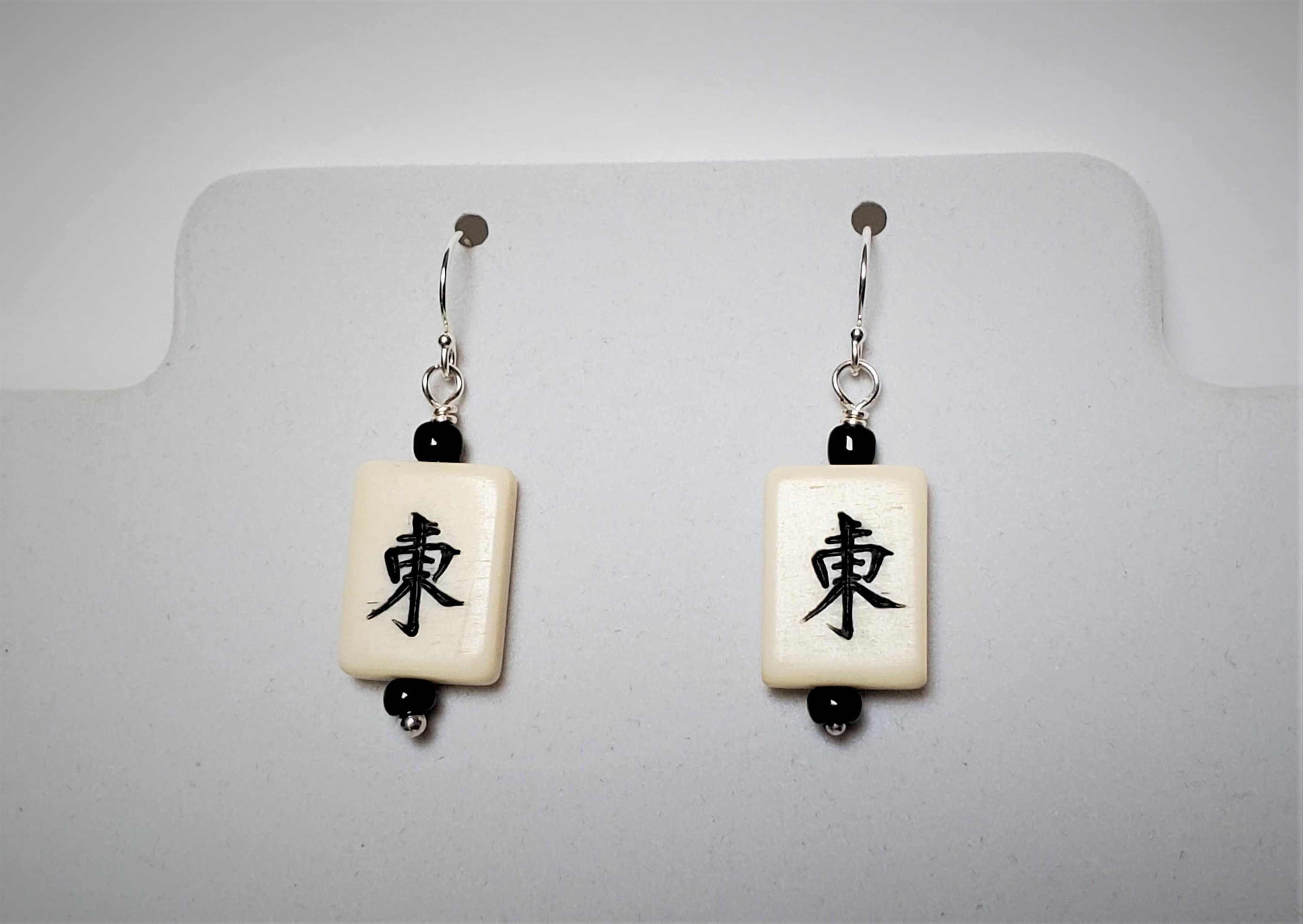 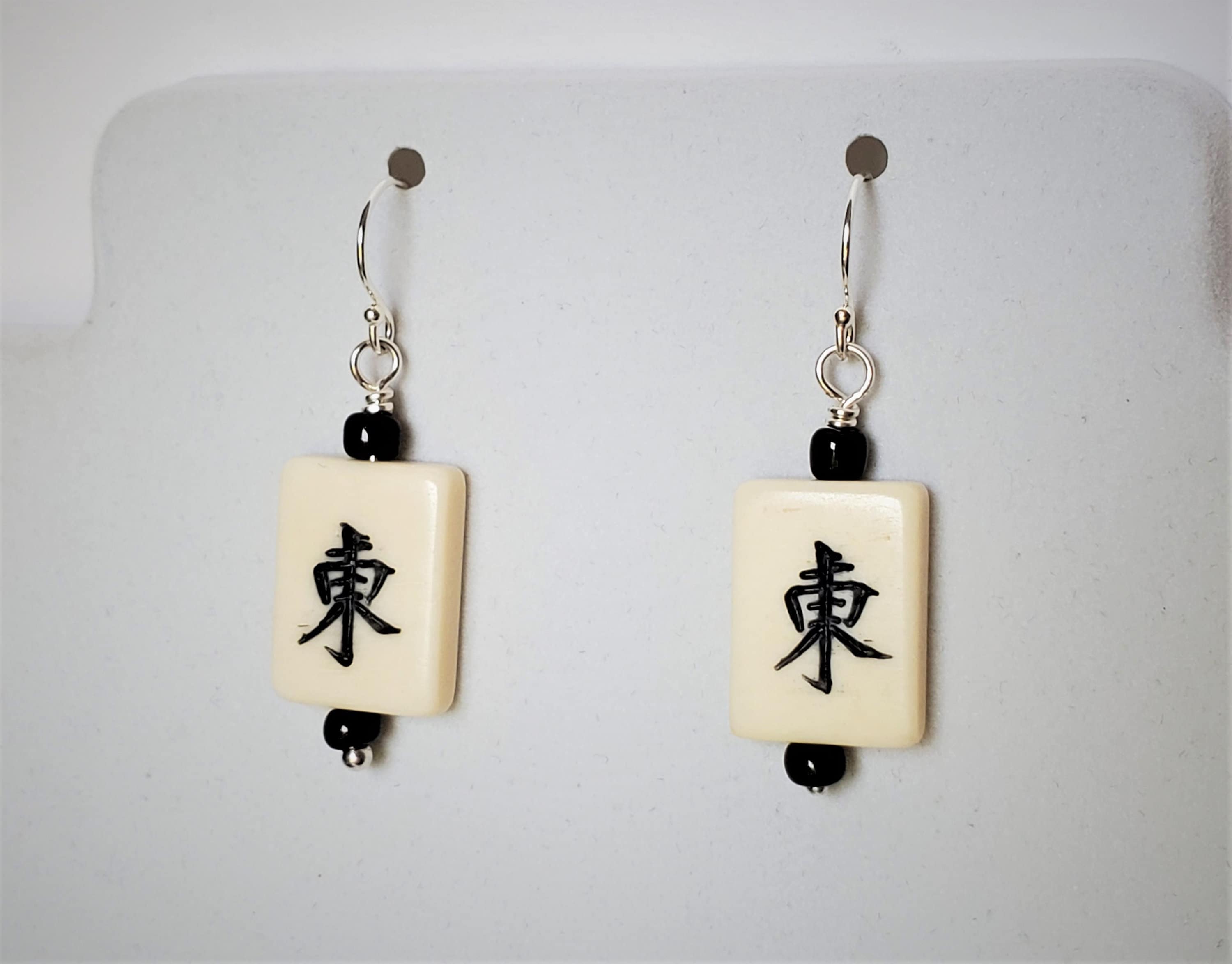 These small rectangular Mah Jong tile Earrings have the character for East Wind on both sides. The bone tiles are off-white with black characters. Black glass beads above and below "frame" the tiles. A wire wrapped loop at the top of the tile connects the tile to sterling silver ear wire.

Per Wikipedia, Mah jong is a tile based game developed in China during the Qing dynasty. It has spread throughout the world since the early 20th century. It is a game of both skill and luck. The East Wind could bring you luck!