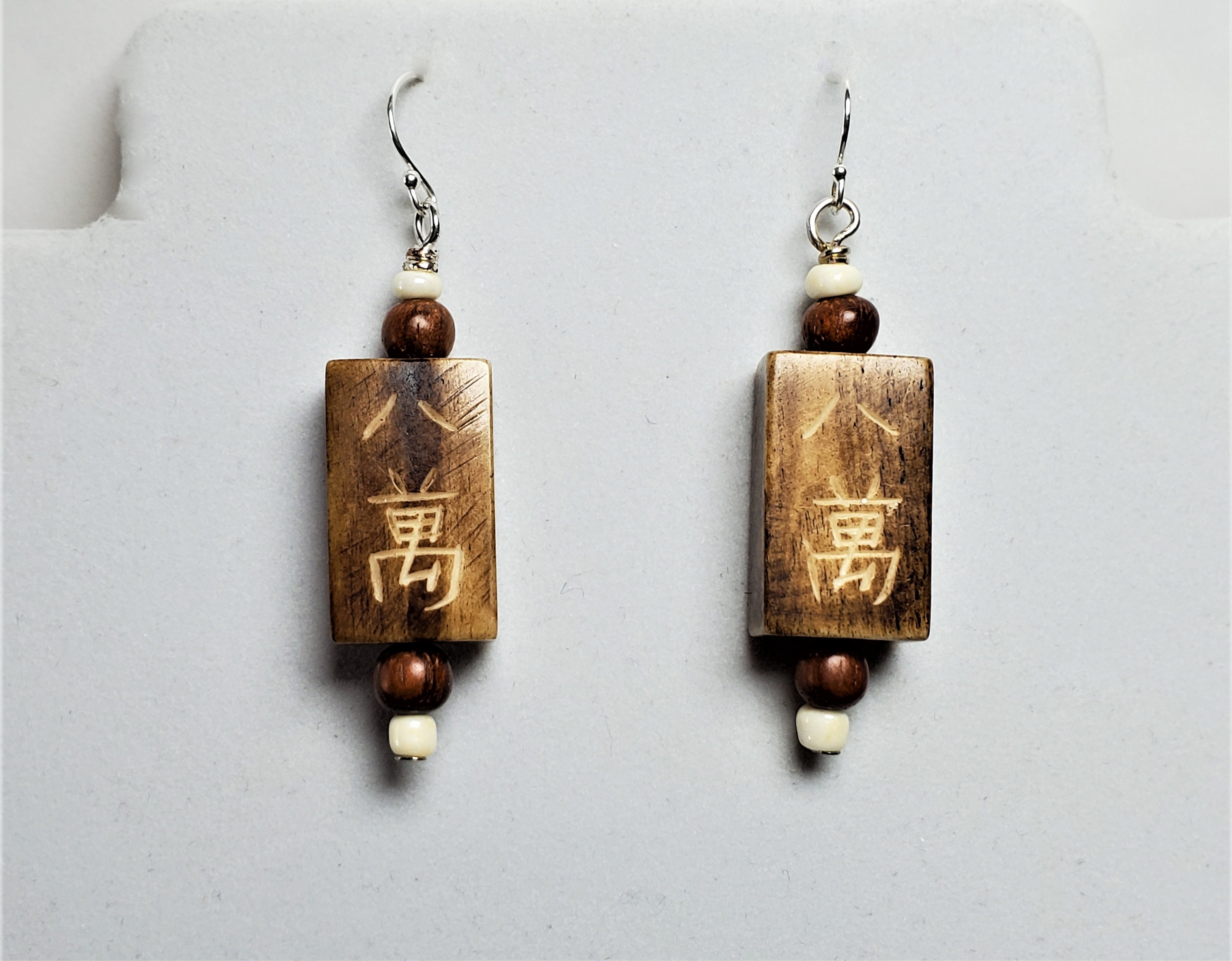 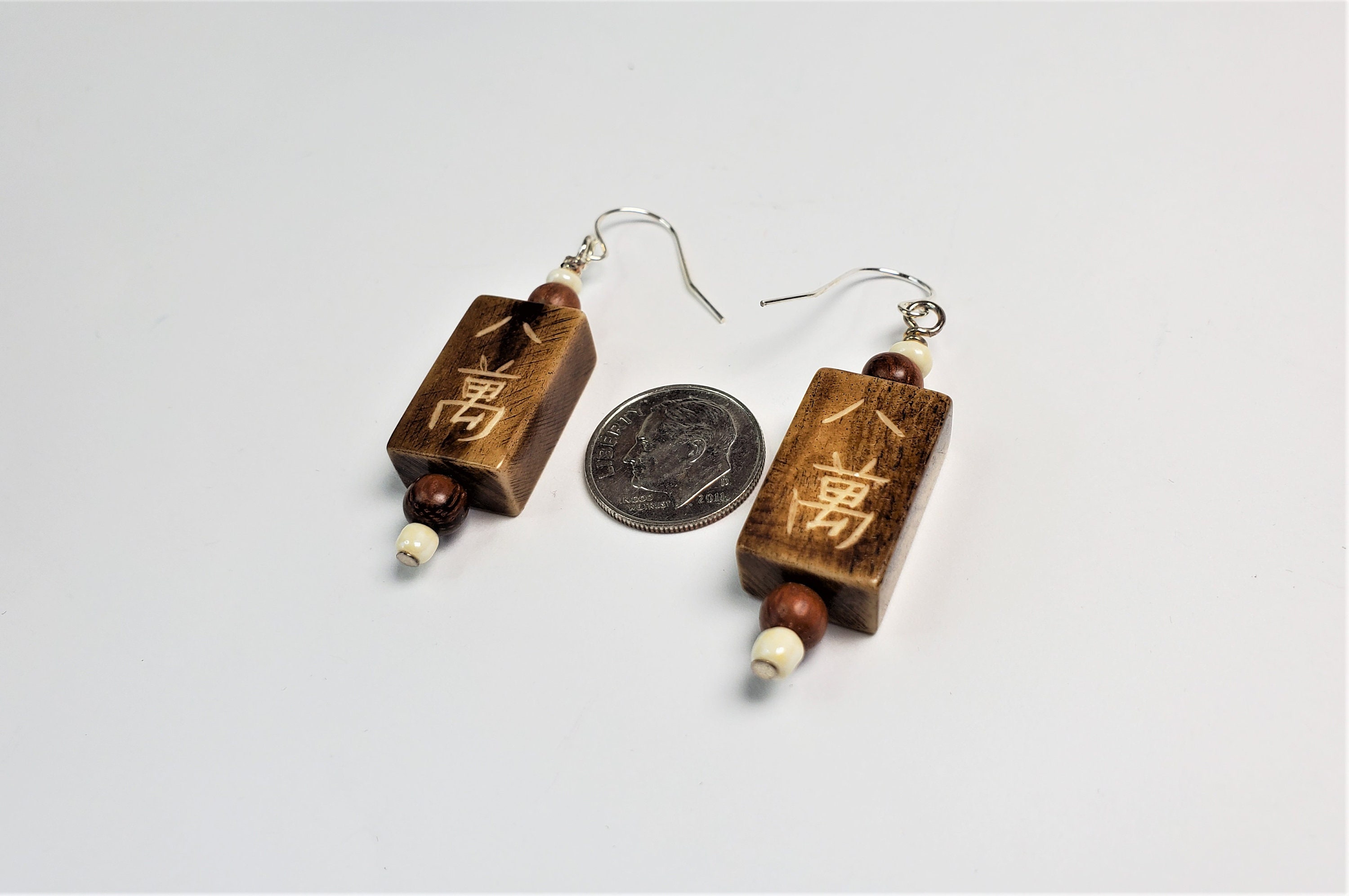 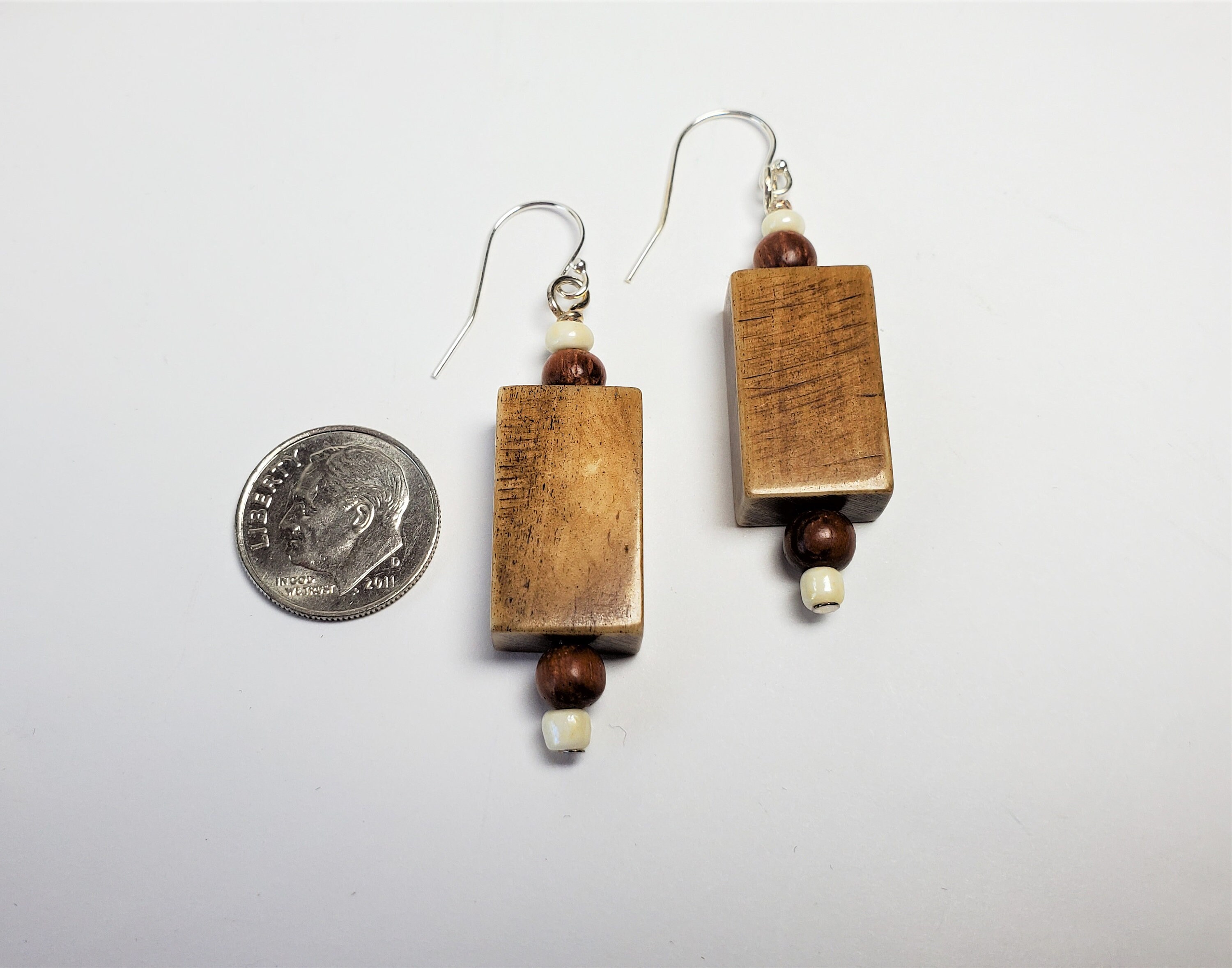 These small rectangular Mah Jong tile "eight crack" Earrings have the Chinese character etched in Chinese along with the Chinese symbol for the number 8. The bone earrings have a brownish antique finish and the etched characters are bone colored. The tiles are blank on the back side like real Mah Jong tiles (see third picture). They are framed by brown wood beads and bone colored large seed beads above and below, and they dangle from sterling silver ear wires.

Per Wikipedia, Mah jong is a tile based game developed in China during the Qing dynasty. It has spread throughout the world since the early 20th century. It is a game of both skill and luck. The Eight Crack could be just the thing you need to bring you luck when you play!